Diversity on Bay Street: Beyond the head-count

For a long time, those working on Bay Street in Toronto, the epicenter of finance in Canada, were a fairly homogenous group: white, male and senior. Dennis Mitchell belongs to a new Bay Street. Black and in his 40s, he rose quickly to the executive level of the investment management world and is now CEO of Starlight Capital, a Toronto-based asset management company. And from where he now stands, Dennis is working to break through the exclusivity that has defined his industry for so long.

Dennis grew up in the west Toronto neighbourhood of High Park “before it was cool.” His mother was a nurse, his father a truck driver and Dennis had ambitions to play professional football until several knee surgeries killed that dream. A long-time admirer of Warren Buffett, he decided to set his sights on a new goal: a career in asset management.

It wasn’t clear how to get there and Dennis had no inside track — no relatives or friends or contacts in the industry. A business degree from Wilfrid Laurier University was not enough to set him apart in the fierce competition for jobs, so he decided “to tip the odds in my favour.” While finishing his Chartered Financial Analyst designation, he also completed an accelerated MBA at York University’s Schulich School of Business, making himself more employable.

It worked. Once hired by an investment company, he took ten years to grow a real estate fund with $8 million in assets into one with $1.5 billion in assets. Then he was on the map.

“You can’t always choose the people who cross the finish line first,” he says, pointing out that the starting line is staggered: that some people, by the pure accident of birth, have a head start. 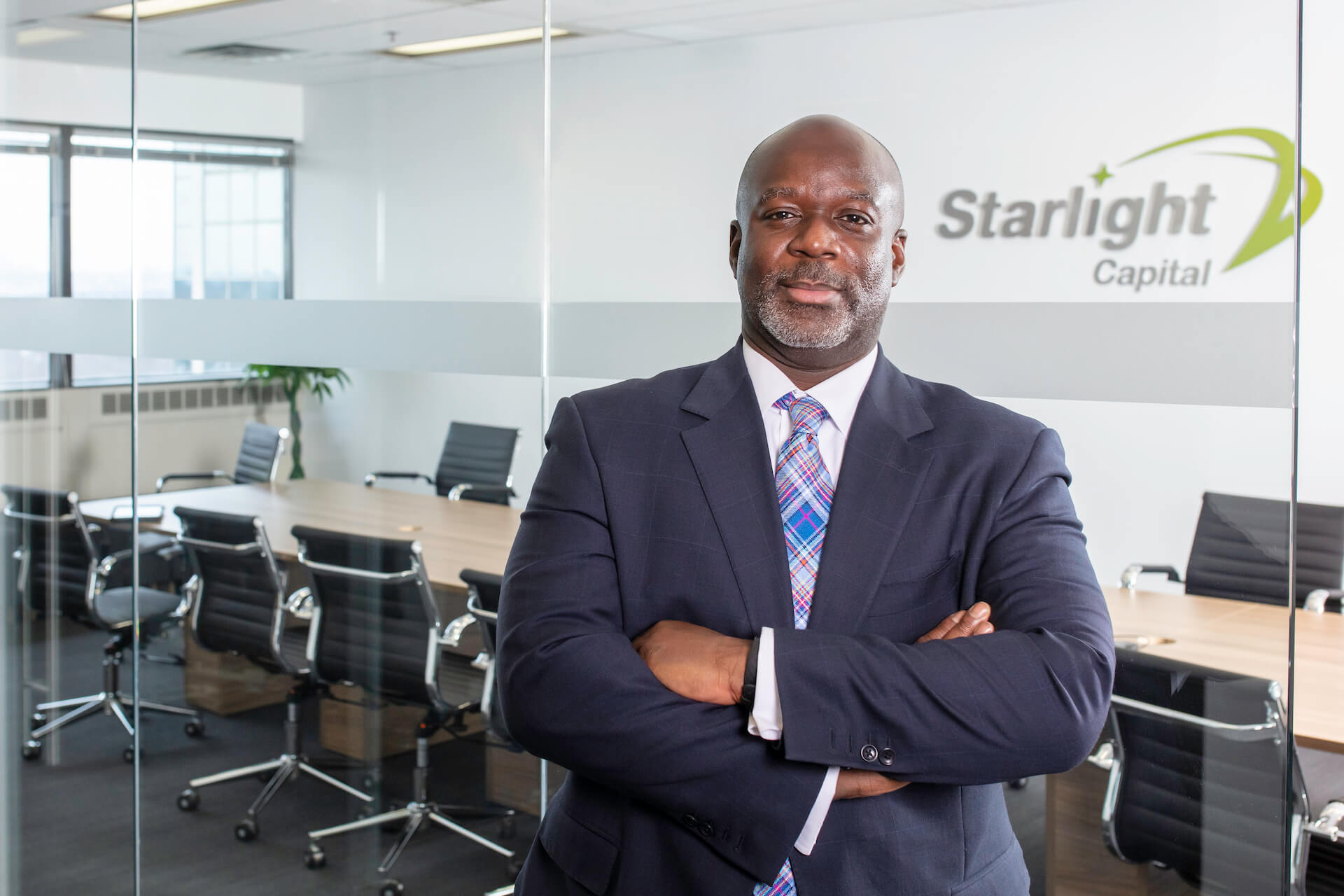 Having proven himself as a top portfolio manager, Dennis now wants to make a point about hiring practices. Drawing from the world of football, he advocates for a “modified” Rooney Rule, referencing a policy introduced in the National Football League in 2003 by Dan Rooney, then owner of the Pittsburgh Steelers, who objected to the fact that most players in the league were black while coaches and owners were largely white. The Rooney Rule mandates that a certain number of applicants for senior positions be people of colour. If it’s applied simplistically, Dennis feels the rule doesn’t work: “You can’t just parachute some black dude in” for the sake of ticking a box. Rather, Dennis believes in cultivating diversity at all levels of a company. When senior positions come open, the pool of eligible candidates is already diverse by design: “You create candidates internally.”

In assembling his team at Starlight Capital, Dennis has looked beyond the “echo chamber” of private schools and university programs that typically feed into Bay Street, mining social media and personal networks in search of fresh faces that reflect the broader world in which his business operates.

“Many people are unaware of what they are capable of accomplishing, until they see someone who looks like them doing it,” he says. 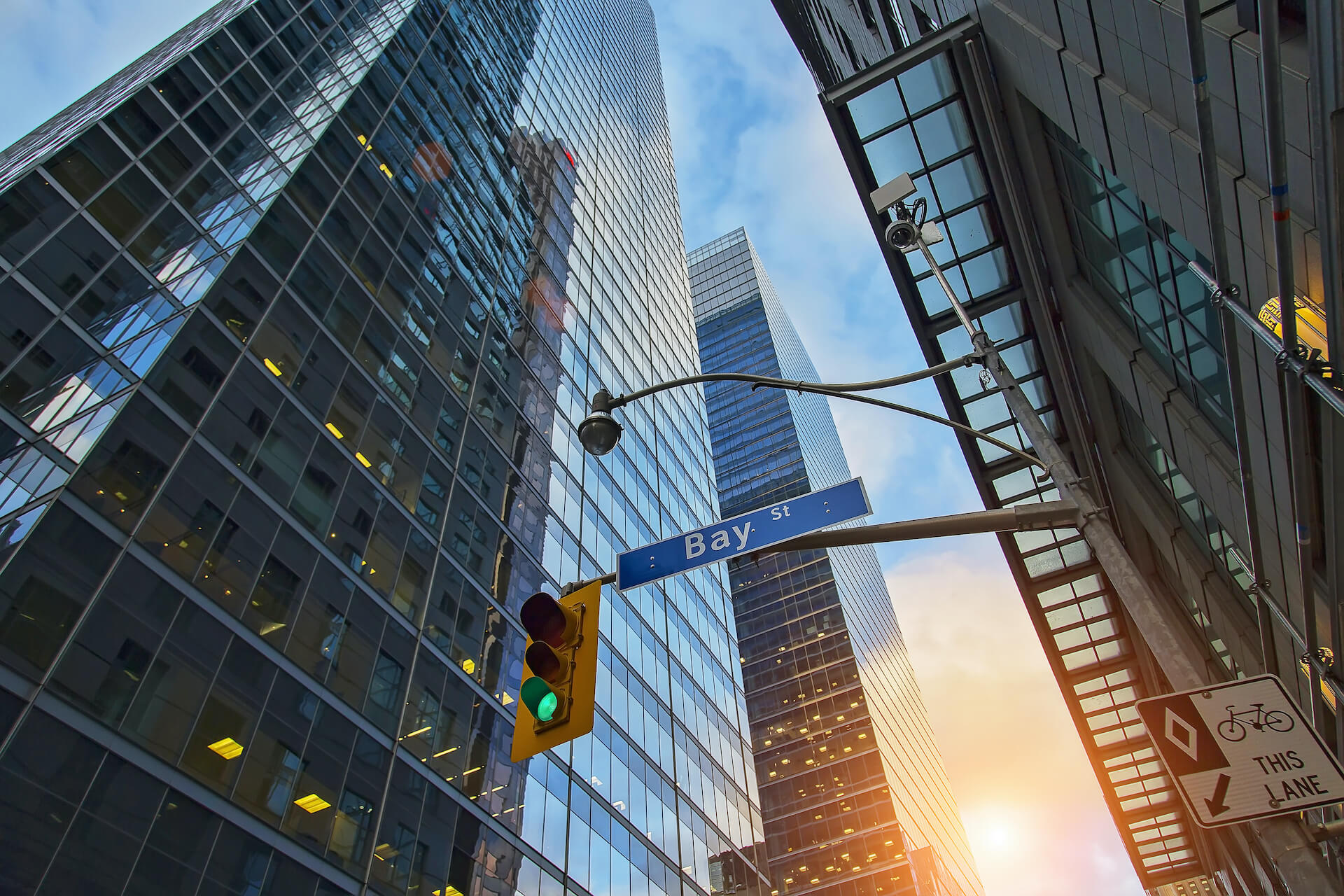 “You can’t always choose the people who cross the finish line first,” he says, pointing out that the starting line is staggered: that some people, by the pure accident of birth, have a head start.

By prioritizing diversity in Starlight Capital’s 19-member staff, Dennis feels he has both enhanced the collective knowledge of his company and created beacons for other members of the financial community who might feel marginalized. “Many people are unaware of what they are capable of accomplishing, until they see someone who looks like them doing it,” he says.

Dennis sees Bay Street changing slowly but surely, thanks less to quotas than the simple fact that more diverse workplaces perform better. As investors pay more attention to a company’s values — its approach to sustainability, social responsibility, and the diversity of its workforce — Dennis is optimistic that the marketplace will reward those that are doing the right thing and penalize those that are not. And that ultimately, the world of finance will look more like the world around it — and serve it better.